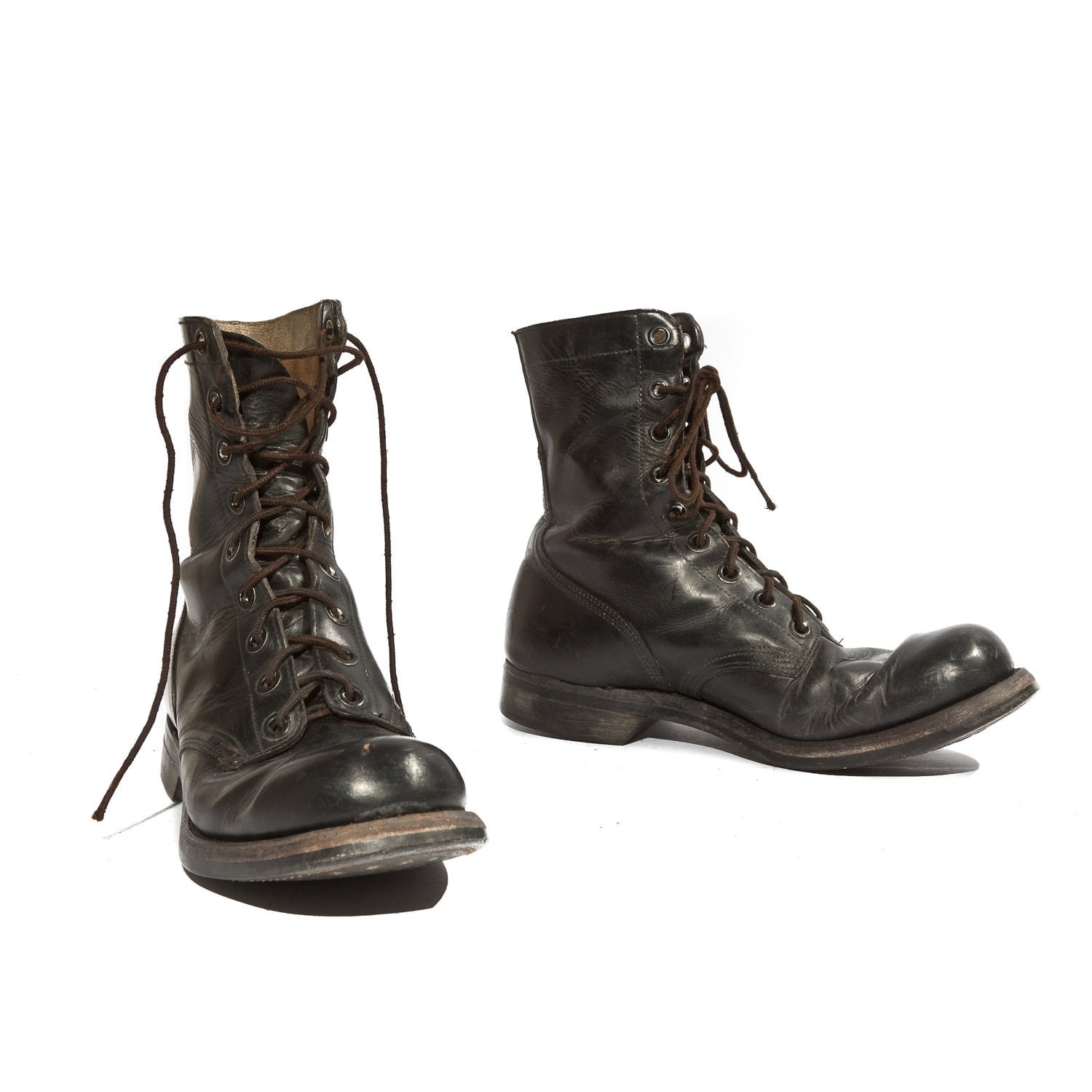 I've always considered military boots to be a wardrobe staple. Their slick look and durability make them functional and stylish. You can find combat boots dating from the 1940's to the present.

This post deals strictly with combat boots from the 1960's. Often called 'Macnamara' boots, they are nicknamed after the Secretary of Defense, Robert Macnamara and the sweeping changes he brought into the services, not least of them a generic fatigue / field uniform for the entire armed forces. They replaced both the cap toed boot that had seen service from the 50's in brown and black and the dark brown hi top fleshout boondockers of the Marine corps.

The boots were the mainstay of the US Armed forces until the zigzag soled DMS boots. They saw extensive use in Vietnam before the tropical boot and alongside it for flight crews as a standing order (the fire retardant qualities of the jungle boot being unsatisfactory) but also can be seen in use in the field into the late 60's presumably where personal preference or supply difficulties have dictated the need to use them. You can find these combat boots here.